Family Provision Claims – How much is enough in the context of a large estate? 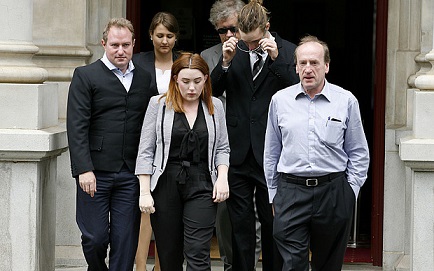 Family Provision Claims – How much is enough in the context of a large estate?

On 26 February 2015, the Western Australia Supreme Court handed down a significant and reinforcing judgement in the context of family provision claims in large estates.

What were the facts?

The facts of the case are as follows:

What was the outcome of the plaintiff’s claim?

Master Sanderson set aside the trust, and awarded the plaintiff a cash payment of $25 million.

What influenced the decision?

In handing down this judgment, Master Sanderson confirmed that the Court’s discretion when considering a family provision claim is unfettered. The words of the Western Australian legislation, the Inheritance (Family and Dependents Provision) Act 1972 (WA) state that “the Court may, at its discretion…order that such provision as the Court thinks fit” from the deceased’s estate. The wording in the Queensland legislation is the same.

Master Sanderson reiterated that there are three common factors which arise for a Court to consider when exercising its discretion:

In awarding the plaintiff a cash payment of $25 million, Master Sanderson stated that his discretion to award this amount was based on two authorities in respect of the moral duty placed on a testator to provide for those who should “expect to benefit from his bounty”.

These two authorities include:

It was upon this basis Master Sanderson exercised his discretion to award the plaintiff $25 million. Ultimately, the residuary beneficiaries of the estate would each receive approximately $10 million less, on top of the $400 million they already had.

Family Provision Claims – the next steps

Before making an application for further provision from someone’s estate, it is important to remember that there are a number of issues to consider. Please do not hesitate to contact me for further advice if you wish to contest a will or have any questions about Family Provision Claims.