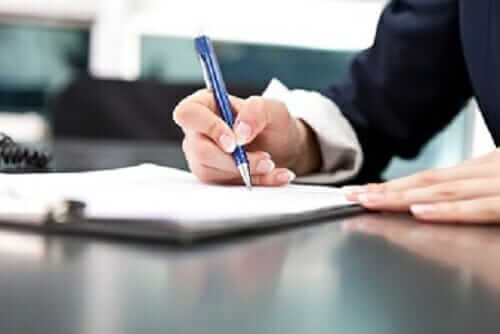 The last thing anybody wants is to leave valuable possessions to particular people only to have somebody else go to court to stake a claim on the estate. When you create a will you hope that it will stand the test of time and give effect to your wishes.

In Australia, people who consider themselves beneficiaries of an estate and who meet certain legislative prerequisites, but who are not provided for to their satisfaction in a will, may be entitled to make what is known as a “family provision claim”.

The cause of much controversy, family provision claims can be made by long forgotten sons and daughters (including step-sons and daughters), ex-lovers, widows, widowers and a myriad of others who meet the criteria set down by the legislation.

Given the confusion surrounding family provision claims, it is important to have in mind what Australian law says about spouses and partners who go after an estate for more than was left to them and in particular what protection, if any, a Binding Financial Agreement (formerly known as a Prenuptial Agreement or Cohabitation Agreement) will offer you.

In the case of Kozak v Matthews [2007] QCA 296 a farm labourer (who, relevantly, lived in a caravan) and his rich de facto partner entered into a legal agreement that attempted to prevent the parties from claiming against each other’s estates. At the time of signing the deed, Kozak’s partner had terminal cancer and was not expected to live for more than a few years. After her death a short time later, and despite having signed a prenuptial agreement, Kozak claimed against her estate a distribution large enough to buy himself a house.

His legal action failed and the court made two particularly important statements. The court considered that where you enter into a marriage on a particular basis (i.e. signing an agreement about how assets might be distributed) you should be held to that standard. In this case, Kozak should not be given enough money to buy a house outright when this would place him in a significantly better situation than when he was a farm labourer living in a caravan during his relationship with his partner. The prenuptial agreement he signed showed that he did not expect to receive anything more from his partner’s estate than what she decided to leave to him. To profit from her death – particularly when the prenuptial agreement implied that he was not expecting such a bounty – would be unjust.

The court also held that people cannot contract out of family provision legislation. In other words, a family provision claim will be available even when an agreement attempting to block such a claim exists, but the prenuptial agreement can be used by a court as evidence of the nature of the relationship between the deceased and the person seeking to increase his or her share of the estate.

Family provision claims are always decided on a case-by-case basis and courts look to any available evidence to assist their decision making. In the case of Hills v Chalk & Ors [2008] QCA 159 a man (Mr Hills) and a woman entered into a prenuptial agreement and the woman’s will was written in accordance with the terms of the agreement. Mr Hills wanted more than the woman’s will left him, so he claimed against her estate for family provision.
Ultimately his claim did not succeed, with the court holding that although people cannot contract out of legislation, the prenuptial agreement was relevant as it was “illuminating the totality of their relationship” (Keane J at 44) – the nature of a relationship being a core consideration for deciding family provision claims.

If these cases are anything to go by, it seems that Binding Financial Agreements (of the Prenuptial Agreement variety) are not going to prevent an ex-spouse coming after your assets once you pass away. However, as in the cases above, such an agreement may illustrate for a court the nature of your relationship and assist your executors to defeat such a family provision claim.