In what circumstances will a Court refuse to re-seal a grant of Letters of Administration from another state? 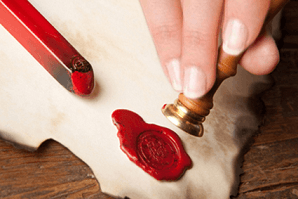 In what circumstances will a Court refuse to re-seal a grant of Letters of Administration from another state?

I was interested to read a recent decision of the Supreme Court of South Australia in which the Court refused to re-seal a grant of Letters of Administration from Victoria (“the Grant”). The Supreme Court upheld the registrar’s discretion to refuse to re-seal the Grant on the basis of a need for uniformity.

The Background of the case is as follows:

What did the Judge Consider?

What did the Judge Decide?

The Judge found the registrar did not err in refusing to re-seal the documents. It was at the discretion of the registrar to uphold the importance of uniformity. The Court did find that Mrs SV could apply for an original grant, and directed that a Grant of Probate be made within the Supreme Court of South Australia.

I am an Administrator of an Estate and there are real property assets interstate. What should I do?

If you are concerned your grant of Letters of Administration will not be re-sealed, I strongly recommend you consult an experienced administration solicitor. Please contact me should you require any further advice or assistance.