Haggarty v Wood – “Testamentary contract” or a Will executed under “undue influence”? 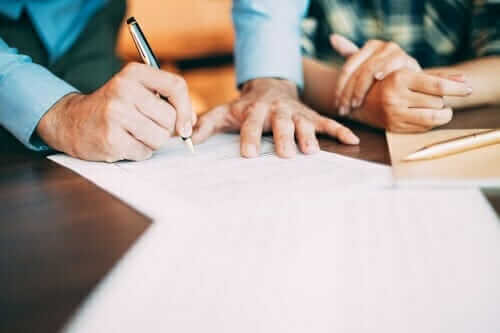 Haggarty v Wood – “Testamentary contract” or a Will executed under “undue influence”?

I read with interest a decision in the Queensland Supreme Court delivered on 29 November 2013 which concerned the necessary requirements for the pleading of two types of claims often made against deceased Estates: An allegation of a testamentary contract, and an allegation of the execution of a Will under “undue influence”.

The facts in Haggarty v Wood

The background of Haggarty v Wood is as follows:

Certain agreements made before a Will maker passes away are known as “testamentary contracts”. In order to establish that such a contract exists, the Judge in Haggarty v Wood held that it had to be shown that the deceased had agreed not to revoke a Will which was made as a consequence of an agreement.

In other words, the plaintiff had to show that the Will maker agreed not to revoke the Will he made which left certain parcels of land to certain grand children, in accordance with the agreement he made with his former wife. The Court found that the plaintiff could not prove this.

The plaintiff in Haggarty v Wood claimed that the defendant had exerted undue influence over the deceased. The Judge outlined the test for testamentary undue influence as follows:

In this case, the Court found that the plaintiff had not shown that such coercion had taken place. The claim failed on both grounds. The plaintiff was required to amend his claim accordingly.

If someone has made a promise to you that is not shown in their Will, or you suspect that someone you love has been unduly influenced to make a Will, you should consult an experienced Estate litigation solicitor, as you may be able to make a claim against the Estate.

Please contact me should you require advice or assistance regarding a testamentary contract or estate planning in general.