When is a solicitor responsible for their client passing away without a Will? 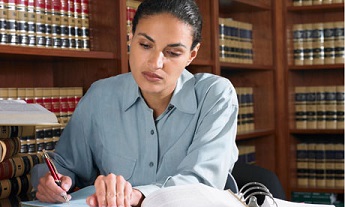 When is a solicitor responsible for their client passing away without a Will?

I often have clients who urgently require a Will as they have received a terminal diagnosis, are about to take a trip or are elderly. The question of whether or not a solicitor has a duty to prepare a Will and arrange for it to be signed as quickly as possible when the client is elderly or infirm has recently been considered in the case of Howe v Fischer [2014] NSWCA 286.

Mr H appealed the decision. The Court of Appeal found that:

(a) Mrs F had made up her mind on all the instructions she had given Mr F at their initial meeting;

(b) There was a “not insignificant” risk that Mrs F might lose capacity before her meeting with Mr H to sign her Will;

(c) Mr H should have realised that this risk existed; and

(d) Mr H was responsible for the delay in the preparation of Mrs F’s Will.

I urgently need a Will prepared – what should I do?

Although it may seem efficient to pick up and complete a Will from your newsagency, these Will Kits can be problematic. If you need a Will prepared quickly, I strongly recommend you contact an estate planning solicitor. Please contact me should you require assistance or advice as passing away without a will can have big issues.